What are Development Competitions?

Whilst teams will be encouraged to compete respectfully each time they play, premierships and finals series will be delayed until the Under 13’s age group. Development Competitions allow coaches to focus entirely on technical, tactical, physical and social development in their players.

Compete at all times, not win at all costs.

Competing is the essence of Rugby League however, when there is a strong focus on winning, decisions regarding participation and playing for fun with mates, and ensuring a fair and equitable selection process can be compromised. 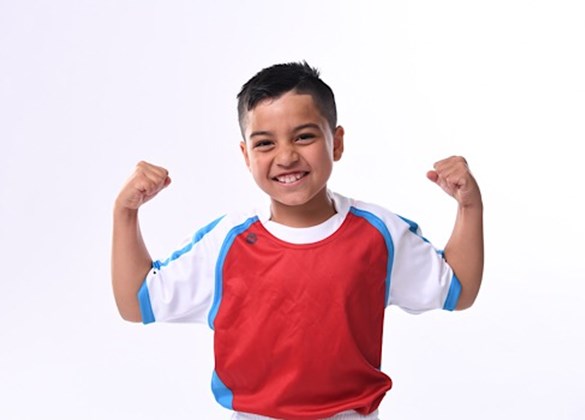 Read through the research and trials that have led to the creation of the Development Competition initiative.

In 2010, the Mackay Junior Rugby League made the decision to begin phasing in DC. They have seen a steady growth in participation and above average retention rates since then, despite a mining down turn in 2014 which saw a decline in the city’s population. 2018 saw them register the sixth best retention rate nationally for 6-12-year age groups.
﻿

Reported that the Development Competitions had improved their child’s confidence in Rugby League.

Reported that Development Competitions had provided increased involvement opportunities in games for their child. From our recent analysis, it has been determined that the major reason players are exiting our game is due to a pressured environment that is leading to a negative overall experience (Usher, 2017). To mitigate this and create an inclusive environment for all players, we will delay the early specialisation approach to minimise overuse injuries, keep players in the game longer and manages developmental aspects (Martel, 2015).

It is only at about the age of 12-13 that children can fully understand the differing effects that effort, practice and ability have on their performances (Horn and Harris 2002). Prior to this understanding by children and adolescence, coaches may begin to educate on the fact that results may be viewed as a by-product of many factors such as focus, commitment and reflecting (Skille and Chroni, 2018) to assist in the overall developmental orientation.

Case studies from Belgium and Croatian soccer further emphasise the need for less focus on results and more on development. Belgium don’t have competition tables until age 14. They have altered their field dimensions and playing numbers to be more inclusive and provide a much higher number of skill opportunities (Maltbie, 2018). The results have been very positive and this is reflected by their elite national team elevating from being ranked 66th in the world to 1st in just 15 years. Croatia is experiencing a very similar fate. Comparative to other soccer playing nations, their population is minute but through providing a more positive playing experience has led to the development of more creative athletes who stay in the game until much later in life (Keep it on the Deck, 2018). This also translates for their elite athletes, with the national side qualifying and competing at ten of the past fourteen major competitions.

The Norwegian model, which avoids early specialisation, organises sport for children based on physical and mental maturity and disregard the scoreboard prior to 13 years of age. The result of subduing premiership competitions and creating environments where “the unique value of the individual and principles of equality are the central guidelines” (Norway's sports federation and the Olympic and Paralympic Committee, 2010) has delivered an intrinsic motivation within participants who remain within sport for the enjoyment and social interactions as opposed to winning because as Tore Ovrebo, the Norwegian Olympic Committee’s director of elite sports said “the idea isn’t to have the highest-ranked 10-year-old athletes in the world but rather the most mature adults” (Wolken, 2018). While retention and personal development has been achieved in Norway, the Nordic nation also eclipsed the field at the most recent Winter Olympics claiming 39 medals, with 14 being gold, evidence that eliminating rankings through competition doesn’t adversely affect the athlete pool at an elite level.

As Campbell, Bracewell, Blackie and Patel (2018) stated “if a competitive atmosphere is created that is inappropriate for the developmental stage of the child they may begin to withdraw from the sport or, more importantly, become exposed to negative psychological effects caused by this aging mismatch”. The differences between children and adult’s understandings of physical performance and organised competition should be reflected by competition structures that don’t emphasise performance at an early age as this “over-emphasis on performance can lead to early stratification and perpetuate REA” (Musch and Grodin 2001). Having the focal point of personal development supported by competition structures will divert the win-at-all costs mentality and rather provides opportunity to develop more respectful, supportive, adaptive behaviours in participants.